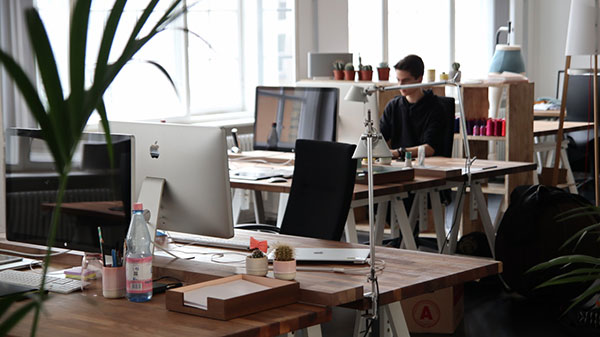 Being part of a team with good technical skills is an important principle for developing good products for clients. However, this is not enough for long-term relations with clients and for the developers to be satisfied with what they do and who they do it with. That’s why we would like to present another aspect of the team work, which is often called “company culture”.

The company culture is something we can read about in many books and we have definitely hear about it from entrepreneurs and colleagues. It is considered something important because it is the thing which “builds” a certain environment in the office. And here companies start to adopt different approaches because they “sound good” and put them in documents. Imagine a list of rules – “we are this”, “we do this, but we don’t do that”. Everybody in the company is expected to follow the company culture as a set of behaviour rules which they have to learn by reading long and sometimes boring documents. And we all know that in practice nobody likes that.

What is company culture actually?

For us company culture is precisely our approach to doing our job with other people in order to develop good products, our aim to be satisfied of what we do and to have constructive communication with our colleagues.

What happens in reality?

Companies often adopt different rules and approaches which are supposed to make our work more efficient and people to be satisfied but sometimes this doesn’t work. As human beings we tend to put aside the rules which sound artificial to us and we embrace only those of them which resonate with something in us.

Basically what happens is that we reject the things which the outer environment tries to apply to us if we don’t have the feeling that they will make us more satisfied with our work. That’s the moment when we put them aside and we apply our own approaches – the way we comprehend how things “should” work. The result is that the team and the company becomes a mixture of “cultures” because everybody contributes with their own share – the way each of us thinks how things “should” work.

What do we value?

We think that people work better together when the company culture matches with basic human values and desires. That’s why we decided to define our values.

Speaking of team work there is a phenomenon called “ego and desire to be more than others”. I am sure that everyone of us have seen people who tried to show with their full energy that they were better than you in what you did at work. Usually these kind of people concentrate important information in themselves and they don’t share it with others. What they do is to build an artificial position of “I know how and I know better than you”. Later they speculate with this by satisfying their deep desire to be something more and to be noticed and by doing so, they simply cover their low self-esteem or incompetence.

The way you can recognise such people is:

This is a slow killer of the team because it is exactly the opposite when cooperation and real team work should be. That’s why we think that we should teach ourselves and others how not to go into that trap and how not to tolerate such behaviour.

Here are set of approaches we are keen to follow:

Nowadays technologies change so fast compared to a 100 years ago, that we need to educate ourselves and adopt new skills constantly. Only by doing so we can be better in what we do.

Knowledge has an interesting quality. When we share it and discuss it with other people, it multiplies because new ideas and concept arise. Fortunately nowadays there are people who are willing to share their knowledge otherwise information wouldn’t be so easily accessible.

This is why we value the desire of people to learn, to develop skills and to share it with others.

Respect the opinion of others

When we express an opinion or share an idea we don’t say it simply because we want to create noise. We do it because we have something to say and we share it because we need to be heard and we need to discuss it. The opinion and the idea itself might be wrong but this doesn’t mean that our intentions are bad. From that perspective it is valuable to have people around us who can listen and would appreciate the same from us.

Transparency for the processes within the team

I like the phrase “If we leave a space empty, it won’t stay empty for long. Something will fill it in”. This is very true for the way we see the world. If we have lack of information on a particular topic, our mind will try to find the information and if it can not, it will produce it. The produced information might be wrong but at least it will have some explanation about what is going on.

But if we invent “information” in order to fill in “an empty gap” the nature of this information will be dictated by our inner feeling which sometimes (unfortunately) involve fear, worries and so on.

What does this mean for the team work? This means that if we do not communicate our real intention to others there is a high chance to free some space for rumors, fears, gossips. All of them are a slow and silent killer of the team and it generates even more fear and dissatisfaction.

This is why we value clear communication of our intentions and work.

The feeling of satisfaction when we work in a team doesn’t come only from the fact that we have done our job but also from the fact that the people around us have done their job they have promised to do. The source of this satisfaction is that we know that we work with people whose words are transformed into action. This is why we value one simple sentence -“Get the job done”. This is the way we show respect towards ourselves and towards others.

We believe that all of the above said is not simply a set of rules but basic human values which we appreciate in others and in order, but also they could serve as a guideline for our own behaviour in a team environment.